I am a Certified Classical Homeopath, and have been using homeopathy for 30 years now. I am a graduate of the Homeopathic Academy of Southern California and I have a private practice in North County San Diego, California, with clients all over the U.S. and beyond. I feel very passionate about creating balance physically, mentally and emotionally.

I was first introduced to homeopathy back in the early 1990′s when I was dealing with a chronically sick child. I was immediately drawn to the concept of the Mind/Body Connection, and that our bodies are designed to heal themselves. This tied in almost directly to the way I was raised. Fortunately for my siblings and me, our mother was raised by her Irish grandmother, who believed that anything that ails you can and will be cured by a nice warm bowl of soup, a nap, and a good BM (Bowel Movement)! If ever we complained to our mother that we weren’t feeling well, her immediate response to us was “Honey, have you had a BM today?” to which we immediately responded, “Disgusting, Mother!!” Little did I know how much I would appreciate this later on in life. We hardly ever went to the doctor, and when we did, it was almost always to the dentist. As a result, I do have pretty nice teeth!

After my three daughters were born, I became very discouraged with the pediatric group I was using. There were usually long waits in the front office, followed by a very short 15-minute visit with my doctor, which usually ended with a prescription for antibiotics. That wasn’t really the worst part about it. The worst part was that I didn’t feel valued as the sole keeper of my children’s well-being. It’s very difficult to get an idea of what is really going on in the life of a patient in just 15 rushed minutes. When I would ask about alternative solutions, I would be greeted either with a blank stare or shrug of the shoulders. These ideas were simply not negotiable. I was made to feel as if they were quackery. The doctors simply did not have these tools in their tool belts. Just for the record, I feel that mothers are truly the top of the food chain, and nothing or no one can ever out-rank a mother!!!

My clients range from little newborns to the elderly, and everyone in between. I have had great success using homeopathy for all kinds of behavioral issues in children, including Digestive Issues, OCD, Anxiety, Depression, Menopause, Migraines, Allergies, Colds and Flu, Physical Trauma, and much, much more. Homeopathy can also help manage symptoms of more serious issues such as Diabetes. I use specifically-selected homeopathic remedies, a few selected supplements, and a strong emphasis on diet and nutrition. Homeopathy also works beautifully for pets, and I have a wonderful homeopath who works solely with animals I can refer you to.

I look forward to helping you achieve a happy, healthy, and well-balanced life. 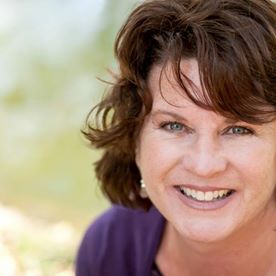