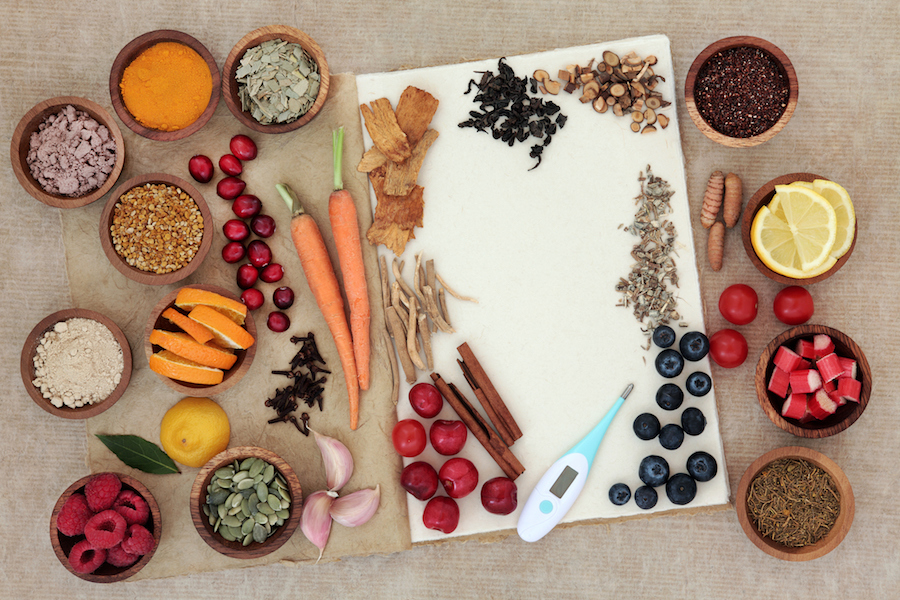 Natural Remedies for Colds and Flus

It’s hard to believe, but another season is coming to an end, and here we are at fall again, back to school and the beginning of holiday season! One of my friends, who is a manager at a local pharmacy, said they are already putting up Christmas decorations! Hard to believe! Here in San Diego, summer is really just beginning! The coastal fog is dissipating, and that yearly Indian summer is upon us. I think this is the best season just about anywhere you go in the world.

Along with the change of season, it’s back to school, the “kick off” of football season, and also the kick off of cold and flu season.

As a homeopath, I have the great privilege of helping people not only with what ails them physically, but also with what is disturbing them on a mental and emotional level. You may have often heard that the holistic approach is three fold; mental, emotional and physical. The good news is that this understanding is making its way into conventional medicine. However slowly, we are making progress! We cannot separate out our emotions from our physical ailments, they are interconnected.

Lately many of my friends have been posting adorable pictures of their children’s first day of school on Facebook. Not having little ones any longer makes me realize how precious this time is and how fast it goes. I think we forget that this time of year can be somewhat frightening and nerve wracking for little ones. There may even be apprehensions for the older ones, not to mentions kids going off to college for the first time. All these events have a direct effect on our health and wellness. As adults we often tend to forget the daily struggles of growing up, we are often too wrapped up in paying mortgages, running our businesses and perhaps dealing with aging parents, that we fail to notice the emotional ups and downs of childhood. It is very common for a child to get sick following an emotional upset. Emotional trials can weaken our immune systems, making us susceptible to colds and flus. Children exposed to constant fear such as abuse or a sudden loss of a parent can have long lasting health issues. I have yet to encounter an adult patient who is struggling with chronic illness that did not have some serious trials as a child. There is nothing that infuriates me more than to see parents who are not making the mental/emotional state of their child a priority.

I feel so incredibly blessed that I discovered homeopathy when my three daughters were little. Homeopathy supported them through the bumps and bruising of growing up, puberty and the transition into adult hood! Now it supports me as I mourn the loss of that time!!! Empty nest syndrome is real!! Maybe that will be the subject of next month’s blog! For now, here are a few things that are must haves for the upcoming cold and flu season.

Aconite/Aconitum napellas-Rapidly developing conditions an any organ system. Often times after exposure to cold winds, fright or shock. This can knock a cold or flu off its feet if taken at the first sign of feeling ill. A leading symptom of this remedy is having one red cheek and one pale cheek. There can be flushes of heat, a bitter taste in the mouth and great thirst for unusually cold water. This is one of the main remedies for early stages of croup and sudden onset of pneumonia, patient may be worse lying on the left side. Again, the main theme of this remedy is sudden onset after chill or fright.

Allium Cepa-The great hay fever remedy. This remedy comes from the red onion, so think about what happens to you when you are cutting an onion. Copious amounts of nasal discharge “like a faucet” that is acrid, may even irritate the lip. Profuse lacrimation from the eyes which is bland. Headache which may be worse from closing the eyes. Severe pain in the throat with disposition to swallow, hoarseness and dry throat, severe tearing pain in the larynx during cough.

Arsenicum album-Think of this remedy when the stomach flu is present. Severe burning pains in the stomach, burning into the esophagus. Desire for small sips of cold water. Deathly nausea. Tongue discolored white. Diarrhea often with acrid, offensive watery stools. Patient may go to bed feeling fine and wake at midnight with complaints. Worse from 12 am to 2am. Extreme coldness and exhaustion. Pains are usually burning in nature, but are made better from heat, however head complaints are made better by cold, head may feel hot while body remains chilly. This patient may be extremely restless.

Belladonna-The acute conditions of this remedy start suddenly, often with high fevers and great intensity of the physical symptoms, the face is red and hot, the eyes glistening, pupils can be dilated and the feet and hands are cold. The illness comes on like a storm and rarely lasts long. Long lasting fevers will rarely respond to Belladonna, but first choice for fever coming on out of no where, worse after getting head wet or receiving a hair cut. Pains are often throbbing and right sided. Deep red color of the throat, swollen tonsils along with delirium or vivid hallucination, sometimes without prostration or much loss of energy. Patient may have explosive anger with a desire to strike or bite. All symptoms can be started by being chilled or becoming over heated. Belladonna is one of the key remedies for otitis media(ear infection) that is predominantly right sided with severe pain, worse at night in bed and is throbbing. Tympanic membrane is usually bulging. Acute suppurative tonsillitis, that is also right sided, pain worse from passage of air over inflamed part, averse to tight clothing around throat. Patient may crave lemons or lemonade but is often time thirstless.

Bryonia-This remedy is nicked name the Grumpy Bear! This patient wants to be left ALONE! Even some one coming into the room to check will aggravate this patient. There is a marked sensitivity to movement, so anyone disturbing this patient only makes it worse, least you may bump the bed. This remedy is predominately left sided, with headache over the left eye or forehead extending to the occiput then over the entire head. Everything is aggravated by motion. If this patient is coughing, Usually a dry painful cough) it is worse on rising and walking about, patient may hold chest while coughing in order to keep it still. Again, worse from movement. If there are stomach complaints, there is a great thirst for warm drinks. Laying perfectly still will amelirorate the stomach pains. Colds travel to chest.

Causticum-Chilly and worse from cold, prefer cloudy cloudy or wet weather. General aggravation from drafts. Constant desire to clear throat, feels there is mucous in the throat which clears with difficulty. Hoarseness, colds go to chest, worse with almost every cold, worse in the morning. Coughs deeper and deeper trying to reach mucous, better cold drinks.

Ferrum Phos-Remedy for general and vague symptoms. Slow onset. There can be fever with soreness in throat are the most common symptoms of this remedy. Fever, but no localizing or individualizing symptoms

Gelsemium-general aggravation from anticipation, fright or bad news. Trembling from exertion, fright or anticipation. Great fatigue and weakness. Chills alternating with flushes of heat. General aggravation at 10am. Headache beginning in the occiput or neck and radiating to the forehead, heavy head, feels as if he can hardly lift it. Eyelids heavy and droopy, has that sick look about him. Thirstless. May have fear heart will stop unless he stays in motion.

Hepar sulph-over sensitive to all pain, pain exaggerated. Irritable with angry outbursts. Chilly and aggravated from becoming cold, even one part of the body, worse from being uncovered a hand or foot, intolerant to drafts. Offensive odors from discharges, perspiration, sour smelling. Swelling of glands, stitching or splinter like pains, intense sensitivity to pain, complains intensely. Head sensitive to uncovering(ear pain, headaches-babies need to wear hats) Severe and painful otitis media wakes at night shrieking and cannot be comforted. Ears sensitive to wind or open air. Stitching or splinter like pains in throat, feels as if chicken bone stuck in throat. Croup, worse from exposure to wind or open air. Abscesses. Discharges, purulent(puss).

Kali Bich-this remedy is often thought of first when there is the first sign of discharges that are thick and gluey like and often green.(sign of infection) Sinusitis, nasal discharge or post nasal discharge withic is thick, purulent and stringy. Strong nasal quality to voice. Asthma, worse night, productive cough with thick or stringy green sputum in asthma and bronchitis.

Natrum-mur-Hay fever, colds begin with sneezing, copious amounts of egg white like discharges from nose. Headaches, migraines. Worse from light, sun and reading. Worse 10am, or 10 am until 3pm. Headhache like hammers beating on head. Headache from grief. Lacrimation of the eyes, worse open air or wind.

Nux vomica-The great over indulgent remedy. Think over doing in all areas with this remedy. Over work, over eating, workaholics, compulsive over doers. Chilly and worse from cold, better warm applications. Allergies and hay fever, sneezing worse in morning upon rising. Stomach pains worse from tight clothing, infants with colic. Constipation alternating with diarrhea. Cough worse morning in bed, exposure to air conditioning.

View All Posts by Author